A TRIUMPHANT RETURN FOR 50,000 FANS AT SOLD OUT 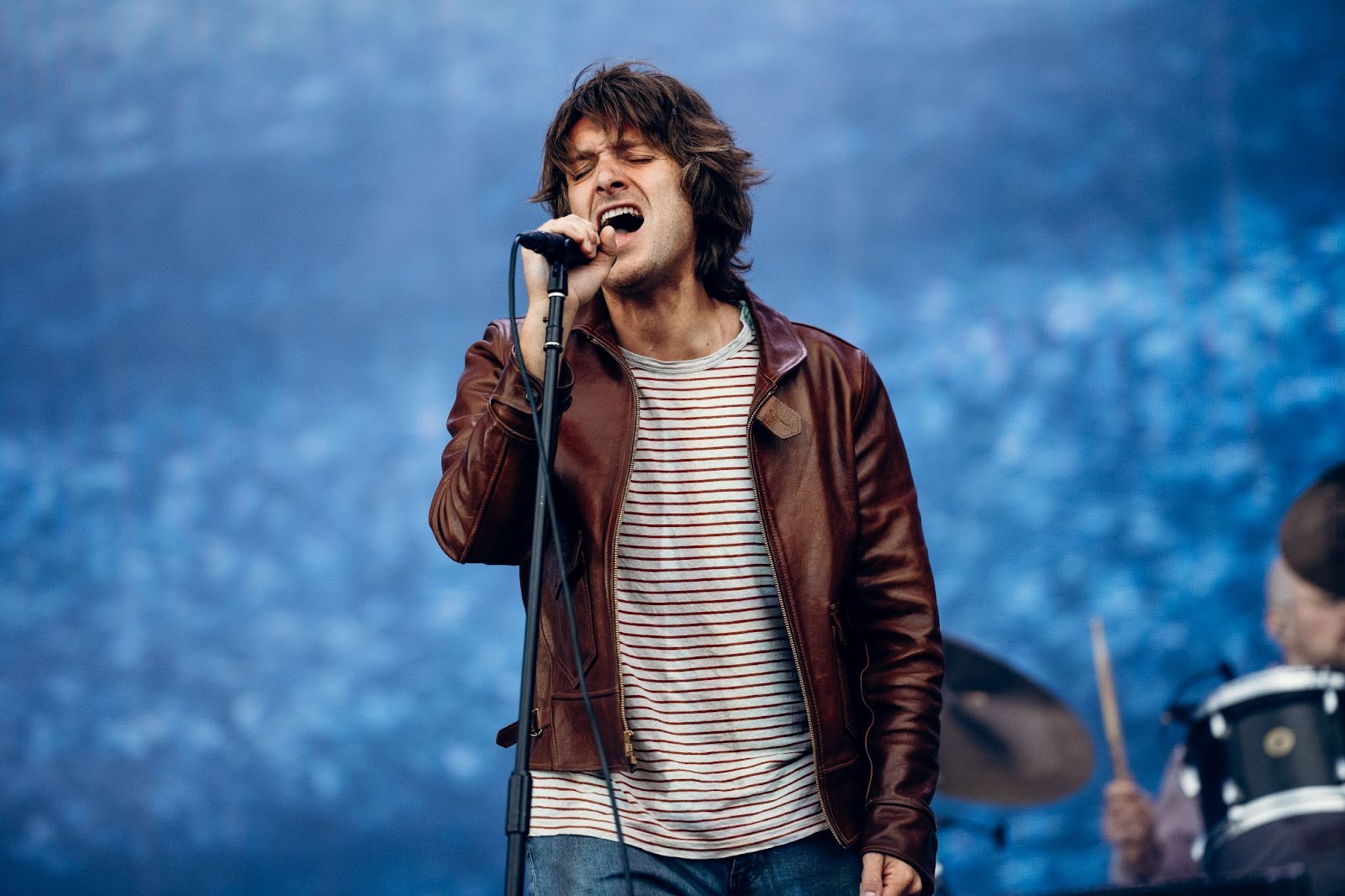 THE ICONIC CHANT ‘HERE WE, HERE WE…’ SYNONYMOUS WITH GLASGOW WAS BACK AT SCOTLAND’S BIGGEST FESTIVAL.

Fans descended on Glasgow Green as cinch presents TRNSMT Festival made its glorious return, welcoming back 50,000 fans and reuniting some of the UK’s biggest artists with the best crowd in the world.

The opening day of Scotland’s biggest music festival was packed with outstanding performances from the moment the gates opened until the sun set, with the likes of Paolo Nutini, Sam Fender, Beabadoobee, Ella Henderson, Luke La Volpe and even more, all making it an exciting day for a sold-out crowd.

Nile Rodgers & CHIC – “Are you ready to party Glasgow?”

The Lathums – “It’s really good to be back, this is how it’s supposed to be!”

With a weekend of celebrations ahead which will see over 70 acts perform across 3 stages, fans’ excitement and enthusiasm at returning to the festival was palpable as the city-centre site played host to the best in live music. After the culinary triumph of last year, cinch presents TRNSMT 2022, partnered once again with Big Feed offering fans everything from dirty vegan burgers at Typhoon Ten, to Bao Buns over at Street Bao Buns, there’s something for everyone to enjoy and indulge. The vibrant atmosphere continued at the Boogie Bar where the crowd could check out DJ sets from K4cie and Beth, or for a more chilled out experience, fans headed to the Wellbeing Area, where they could take a break and recharge.

Making his triumphant live return and TRNSMT debut no less, Paisley’s own Paolo Nutini performed to a sold-out audience, experiencing first-hand the magic only a Glasgow crowd can bring as he performed classic hits including‘Funk My Life Up’ and ‘Candy’ as well as new single ‘Through The Echoes.’ Renowned for his brooding swagger and smoky vocals, the Paisley singer gave his all to the cinch presents TRNSMT crowd, with Nutini saying “Glasgow you’re looking good, you’re looking very good in fact, you’re looking great.” Up next was ‘Jenny Don’t Be Hasty’ mashed up with a cover of the angsty classic ‘Teenage Kicks’ followed by fan favourite ‘New Shoes’ – the crowd went wild for it. With a bittersweet cover of ‘Caledonia’ he had the audience in tears but ready for more. After a hiatus from music, it’s as if he never left, closing the first day on what is set to be the biggest TRNSMT yet.

The Main Stage crowd experienced what is sure to be one of the more emotional moments of the three-day event as North Shields’ own Sam Fender performed the breakout hit of last summer ‘Seventeen Going Under’, with backing vocals provided by 50,000 ecstatic festival fans. As the chant began to wind down, Fender played the opening note to ‘Angel In Lothian’ reminding everyone he’s only played it four times in the past – a real treat for those TRNSMT fans lucky enough to witness it. As the song continued he said, “I spent about half my life growing up in the borders of Scotland, so this song is about that.” As the rain came down, he thanked fans for sticking around, no thanks necessary Sam – it had to be seen to be believed.

The Bootleg Beatles kicked the day off in nostalgic fashion, donning matching black suits, they performed ‘I Want to Hold Your Hand’ and anthem ‘Hey Jude’ to a mesmerised crowd. Disco heavyweights Nile Rodgers & CHIC made their sensational return to Glasgow, “Are you ready to party?” He ponders before a surreal exhibition of club nostalgia takes hold, performing legendary tracks ‘I Want Your Love’, ‘Le Freak’ and David Bowie’s ‘Let’s Dance’.  Tom Grennan and The Lathums followed, with the latter achieving a UK No1 last year for their debut album ‘How Beautiful Life Can Be’. Walking on stage to crowd chants of “Here we f****** go!”, the Manchester stars teased the audience saying, “you might know this next little song?” before playing fan favourite track ‘I See Your Ghost’. Ella Henderson, had the crowd dancing from the get-go, introducing herself to the crowd as ABBA’s iconic ‘Dancing Queen’ boomed, before jumping into a glorious pop rock infused set, which included her hit song ‘Ghost’ and a snippet of Gerry Cinammon’s ‘Belter’. No stranger to Scotland Ella said, “I gotta say I’ve got Scottish in me, my dad is Scottish and I love Scotland” before belting out new track ‘Crazy What Love Can Do’.

Friday’s King Tut’s Stage line-up saw a host of award winners and nominees performing, from a Brits Rising Star Award nominee in Beabadoobee, to a Scottish Jazz Award recipient with Kitti. Kitti opened today’s River Stage, backed by a groovy 5 piece band – it was a set dedicated to female empowerment with the songstress dedicating new track ‘How Long’ to all women in the audience, she said,  “Imma’ do this song on my own, this ones for all you ladies!”. With quiet confidence, Beabadoobee made her return to Glasgow – headlining the King Tut’s Stage, with her unique fusion of contemporary low-fi beats and vintage Britpop sound, it made for a Friday highlight. London based rap artistM Huncho captivated audiences with his brand of edgy, thought-provoking lyrics and beats, along with local legendsSAINT PHNX who played to a hometown crowd. “We are SAINT PHNX from Glasgow and we’re so happy to be among you sexy people!”. Fresh off their preshow party last night at King Tut’s Wah Wah Hut – the duo shine on stage, loving what they do. “Glasgow, it’s good to be home!”, Callum Beattie screamed to a buzzing audience as he guzzled his beer, pumping his fist in the air he shouted “come on!” before performing ‘Daddy’s Eyes’. Walking out in a baby blue ensemble which included a sharp suit and tinted glasses to boot, Luke La Volpe channelled rock kings of the past from Johnny Cash to Elvis Presley, bringing a coy swagger to the King Tut’s Stage – ecstatic at the response from the crowd, Luke said, “I didn’t expect so many of ya” before playing track ‘Dead Man’s Blues’. Brooke Combefollowed, with Brooke sauntering on stage shouting “What’s happening Glasgow!”, she received a warm welcome from the cinch presents TRNSMT crowd, the Edinburgh singer has had an incredible year and it all culminated in a white hot performance on the legendary King Tut’s Stage.

Over on the River Stage, fans could catch the best up-and-coming artists, one day destined for the main stage. An energetic crowd saw The Skinner Brothers, coming alive at the question of frontman Zachary Skinner, “Are you ready to get it f****** moving?!”. Alongside Stone, Finn Askew, Dead Pony, The Roly Mo and Etta Marcus, there was no shortage of show stopping performances. With Terra Kin, sashaying onto the stage in a flowing silk maxi dress, telling the crowd, “The sun is out and hopefully it’s here to stay”, accompanied only by a saxophone, keyboard and their gentle vocals, it was a dreamy escape in the sun for those TRNSMT revellers.

The next two days will see Main Stage headliners The Strokes and Lewis Capaldi entertain crowds at sold-out Glasgow Green, with sets from Foals, Wolf Alice, Nina Nesbitt and many more. As the sun sets on the first day ofcinch presents TRNSMT, it’s clear Scotland’s biggest festival is back, better than ever. 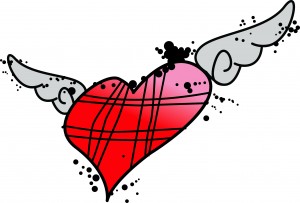